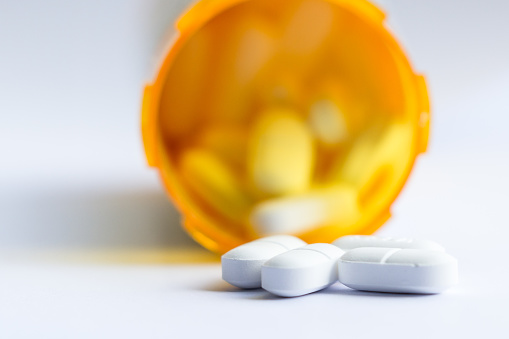 NSAIDS are some of the most common pain relief drugs in the world. Some 30 million Americans use them on a daily basis.

Nonsteroidal anti-inflammatory drugs (NSAID) are normally used for less severe types of pain. They are a broad category of drugs with different chemical structures but all with the same results – reducing fever, inflammation and pain. They work by slowing down the creation of prostaglandins in the body, which play a key role in causing inflammation. Reducing the amount of prostaglandins also reduces the amount of inflammation.

Pharmacists should be aware of the precautions when taking NSAIDS.

They do not interact with alcohol

However, patients should not drink a lot of alcohol while taking NSAIDS because this could cause stomach irritation and even cause bleeding in the stomach.

Taking more than one type of NSAID at the same time can have adverse effects. People should not take anti-clotting drugs, such as warfarin or aspirin, while taking NSAIDS because of their anti-clotting properties. Pharmacists need to emphasize to patients they need to follow the instructions for the type of NSAID they are taking because each is different.

Who should avoid NSAIDS

The side effects from NSAIDS are generally mild, and include things like indigestion, headaches, dizziness and drowsiness. They can, however, increase blood pressure. NSAIDS reduce the blood flow to the kidneys, which compromises their function, in turn causing a fluid buildup in the bloodstream leading to higher blood pressure.

Taking NSAIDS for long periods of time, or at high doses, can possibly lead to the formation of peptic ulcers. This happens because NSAIDS reduce the production of prostaglandins, which also trigger the lining of the stomach to produce mucus as a protection.

As prostaglandins decline, so does the amount of mucus, giving the stomach lining less protection against the acids, and causing ulcers.

If you are an experienced pharmacist looking for a new career opportunity, Rx relief can help you find a position that fits your skills and background. Rx relief is one of the best pharmacy recruiting firms in the industry, with superior expertise and resources. We deliver personal attention to our candidates throughout the entire job search to ensure they are successful. Give Rx relief a call today.