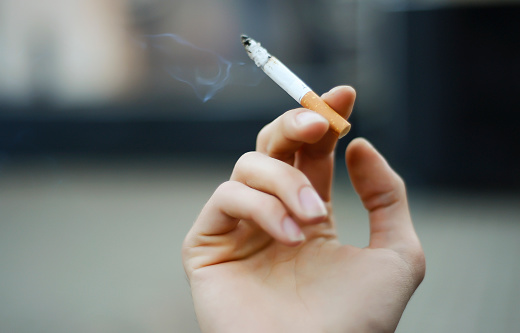 If you are a smoker, you may want to consider taking ibuprofen on a regular basis. Short of quitting smoking entirely, taking the anti-inflammatory drug has been found to appreciably reduce the risk of dying from lung cancer if you are a smoker.

A recent study found current or former smokers who use ibuprofen on a regular basis are almost 50 percent less likely to die from lung cancer than those who did not take the medication. The effectiveness of the drug may rest on its anti-inflammatory action because chronic inflammation is associated with an increased risk of lung cancer.

The ibuprofen study looked at almost 11,000 people over an 18-year period. Researchers determined the cause of death for people in the study. They used statistical models to estimate how ibuprofen use was connected to the risk of death from lung cancer.

After analyzing the data, they found that smokers who use ibuprofen were 48 percent less likely to die from lung cancer than those who did not use ibuprofen.

They also looked at the effect of aspirin on lung cancer death, but found no connection between the two. The researchers, however, still remind people the best way to lower the risk of lung cancer is by stopping smoking entirely and living a healthy lifestyle.

Rx relief is certified by the Joint Commission and has received Best of Staffing recognition awarded by healthcare organizations and pharmacists. Rx relief is one of the most well-respected recruiting firms dedicated to pharmacy. We give personalized attention to every person we recruit. Contact Rx relief today.