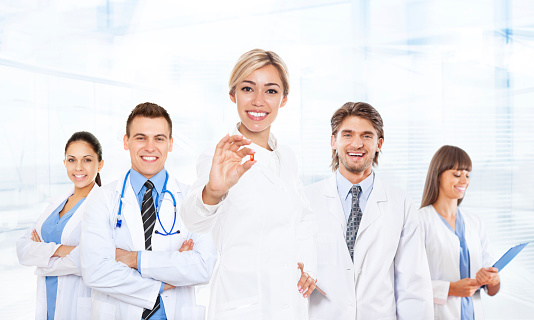 The answer to the above question is probably “no,” but it will definitely make pharmacy jobs harder to come by. How much harder is open to speculation because there are conflicting indices regarding the supply and demand for pharmacists and projected shortages.

On the one hand, organizations such as the US Department of Health and Human Services and the American Association of Colleges of Pharmacy (AACP) are declaring an impending pharmacist shortage.

In a 2002 report, The Pharmacy Manpower Project predicted a shortfall of up to 157,000 pharmacists by 2020. And again in 2010, citing a 2001 report, the AACP noted that there were 30,000 full-time pharmacists providing primary care services, but that 165,000 would be needed by 2020. On a five-point scale, the demand for pharmacists was at 3.4 in 2014, indicating that there is still a demand. There were a number of reasons given for the impending shortage – an aging population, the expansion of Medicare Part D and the move toward managed care.

On the other hand, responding to this predicted shortage, more pharmacies opened. The number of schools rose from 72 in 1987 to 130 in 2014, and more are scheduled to open. Between 2000 and 2013, the number of pharmacy graduates rose from 7,000 to 13,000 annually. And that number is expected to increase to about 15,000 annually. But, while the number of graduates has doubled, the number of jobs only increased by about 22 percent during that time period. The aggregate demand index for pharmacists has also been trending down over the past 10 years, showing that the demand for pharmacists is declining over previous levels.

The growth in the number of graduates and decline in demand has led some to warn of a prospective job crisis in the profession. But others have noted there are still unknowns that could affect job creation, such as how much pharmacist patient care services might grow.

Others see a decline in job security, that competition for open pharmacy positions will become greater. Pharmacists will no longer simply be able to just walk into a position. They counsel pharmacists and new graduates to take measures to make themselves more attractive as job candidates, doing such things as acquiring certifications and volunteering for projects.

If you are a pharmacist looking for work, check with Rx relief®, one of the top pharmacy placement companies in the country. We have been voted Best of Staffing by clients and employees. We provide pharmacists for all types of jobs, and give personalized attention to the career needs of each person recruited. Contact us today.