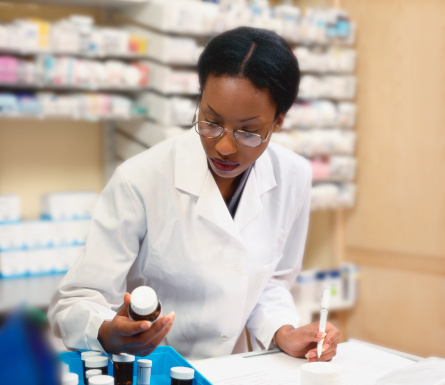 Crime targeting pharmacies has been on the rise, and the level of violence is up as well according to the Drug Enforcement Administration (DEA). The crime level has been increasing over the last several years, according to a law enforcement official who investigates prescription drug fraud.

The chance of a pharmacy being robbed or being the victim of theft is about 14 percent nationally. Robberies at pharmacies have increased from 713 in 2013 to 916 in 2015. From 2002 to 2005, there were more than 7,000 thefts at pharmacies. DEA statistics show that independent pharmacies are more likely to be the victims of burglaries – 66 percent of all pharmacy burglaries occurred at independent pharmacies. Robberies, however, occurred slightly more often at chain drugstores than independents, by a 36 to 31 percent margin.

Burglary is defined as the unlawful entry into a building with the intent to commit theft. Robbery is the crime of taking something by force or the threat of force. In 2009, the estimated cost of pharmacy crime was about $61 billion a year.

Reason for the Increase

One reason for the increase in pharmacy crime has been the greater regulation and enforcement by the federal government of pill mills and doctor and pharmacy shopping, as well as the increase in opioid abuse. The people who can no longer get the drugs they need from a doctor are resorting to robbery at pharmacies instead.

Profession Still a Safe One

Although the crime rate affecting pharmacies has been on the rise, the profession as a whole still remains a relatively safe one. It is no more dangerous than any other profession. For example, retail injuries in general are 50 percent higher than those in the pharmacy industry.

Over a five-year period, robberies and burglaries at pharmacies resulted in injury in only about four percent of cases. There were very few cases where robbers physically accosted pharmacy staff. Nationally, there were 839 armed robberies at pharmacies in 2014, with seven fatalities recorded, according to the DEA.

Very few robbery victims at pharmacies leave the profession. Some, however, do decide to relocate to other stores.