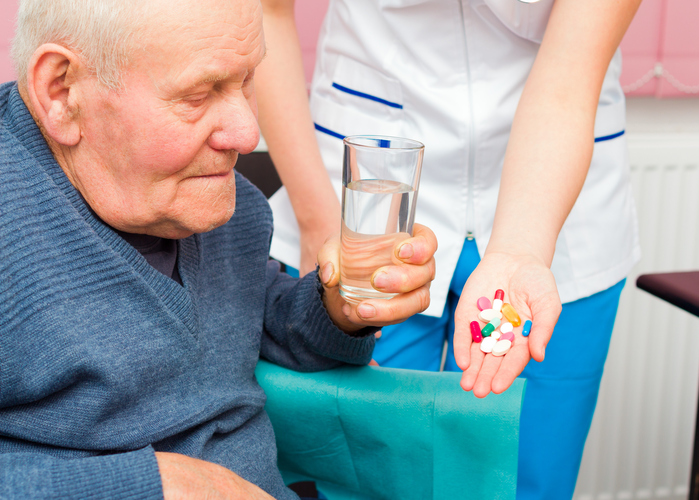 Polypharmacy is a term used to describe a situation where a person is taking a number of different drugs simultaneously, usually more than are medically necessary.

It is more common among the elderly, with the highest incidence occurring among people in nursing homes. Research has shown that almost half of older adults take one or more medications that are not medically necessary and this polypharmacy has negative clinical manifestations. Here are a few of those negative consequences.

Interactions between drugs are a common type of adverse drug event, even resulting in medication-related hospital stays, but they are completely preventable with the proper precautions.

The more drugs a person is taking, the greater the likelihood they are not following the prescribed regimen for taking each medication.

Polypharmacy is associated with physical decline in older adults, including the inability to perform the basic activities of daily living.

Taking multiple drugs can lead to urinary incontinence and cognitive difficulty, even delirium.

Evidence has shown that unnecessary use of drugs can be curtailed with proper precautions, such as adding a clinical pharmacist to an inpatient healthcare team. Studies designed to improve the quality of medication regimens in older adults have also shown that polypharmacy can be controlled.