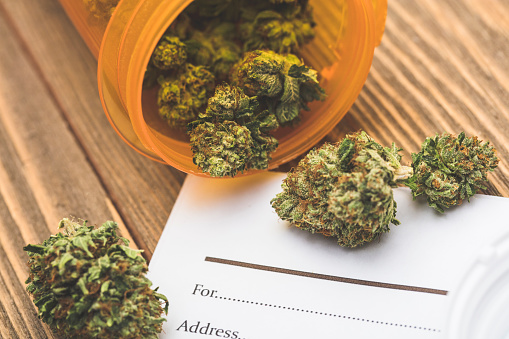 Marijuana for medical purposes is now legal in half of all states, even though it is still considered illegal at the federal level.

Because of its growing use to treat medical conditions, a number of pharmacists are advocating for those in the profession to get more involved in providing medical cannabis and educating patients about its use.

A Pharmacist Network for Cannabis

Although federal guidelines have significantly hampered medical research on marijuana, pharmacists who dispense it have created an informal network to share information, as well as going to other sources for research, such as other countries where it is legal.

Where data is lacking, pharmacists rely on each other for information and to share cases where patients have responded well to treatment. They also look at research conducted in countries like Canada and Israel, which have government-sponsored medical marijuana programs. These countries have more substantial databases on medical marijuana; evidence based on double-blind, placebo-controlled clinical trials where cannabis is compared to conventional medications.

Cannabis is now used in the treatment of a variety of conditions, such as cancer, HIV/AIDS, multiple sclerosis, glaucoma, amyotrophic lateral sclerosis (ALS), Crohn’s disease, and seizures. Some states are also allowing its use for pain, PTSD, and sleep problems.

Those dispensing the drug report a diverse population taking it for a wide variety of conditions. And this is where the counsel of a pharmacist can be important. The pharmacists who dispense cannabis know the pharmacological properties of the substance, the species and ratios of the cannabinoids and what they do. They know when there might be adverse reactions.

Pharmacists work with patients who take cannabis to learn about their conditions, what medications they are taking and discuss the goal of the cannabis therapy. The pharmacists talk to them about what cannabis is and how it can help. They talk to patients about the different ways cannabis can be administered and about the two types of plants, sativa and indica, and what they do. They also explain THC and CBD ratios.

Pharmacists also talk to patients about the interaction of cannabis with other drugs, which is a major consideration with cannabis treatment. For example, corticosteroids, warfarin and some antibiotics are known to interact with cannabis.

Cannabis also increases the effects of other drugs. It is like any other medication, with interactions, side effects and dosing issues.

If your healthcare organization is looking for pharmacists, Rx relief should be the first place you go. We have a track record of success in placing pharmacists with the best of staffing awards to prove it. Give Rx relief a call today.